About engaging employees to build better services and creating a single source of truth.

Introducing the first collaborative case management platform for litigators and keep them talking about it.

While talking to the huge amount of stakeholders in the different projects in the corporate environment I got the feeling, that there are more opinions than people.
I chose to solve this.

Campaigns, Services, Marketing, Websites, Landingpages, TV Commercials, Flyer, and POS-setups are all developed inside MediaMarktSaturn for the two brands of MediaMarkt and Saturn.

One problem in this ever-changing environment and two rail setup was that there are inconsistencies in every product vertical.

As a designer and consultant in a set company like this, it is hard to steer people into a direction and get them to collaborate with one another. So I tried to get the right stakeholders on board, collected topics and analyzed the structure of our design setup over all departments.

I realized that there was almost always more than one person who felt responsible for a topic. So I invited everybody and mediated topic guardians.

Failing with the first approach

When pitching the idea of a universal governance system everyone wanted to have it, but no one thought that their budget should be the one to pay for the product team. On the other hand, we got a lot of requirements for the system, which can only be built by a handful of developers and multiple designers.

Since we did not really get any funding, in the end, we looked for developers who wanted to learn React anyway and give this to them as a training project. We created a design and concept besides doing other projects and tried to get it developed.

We quickly realized that a project on a scale of this one can only be done when you focus your time to 100% on it, since reviewing the implementation, doing concepts and stakeholder management is not really a side-project.

So the project was dead before it even came to live. 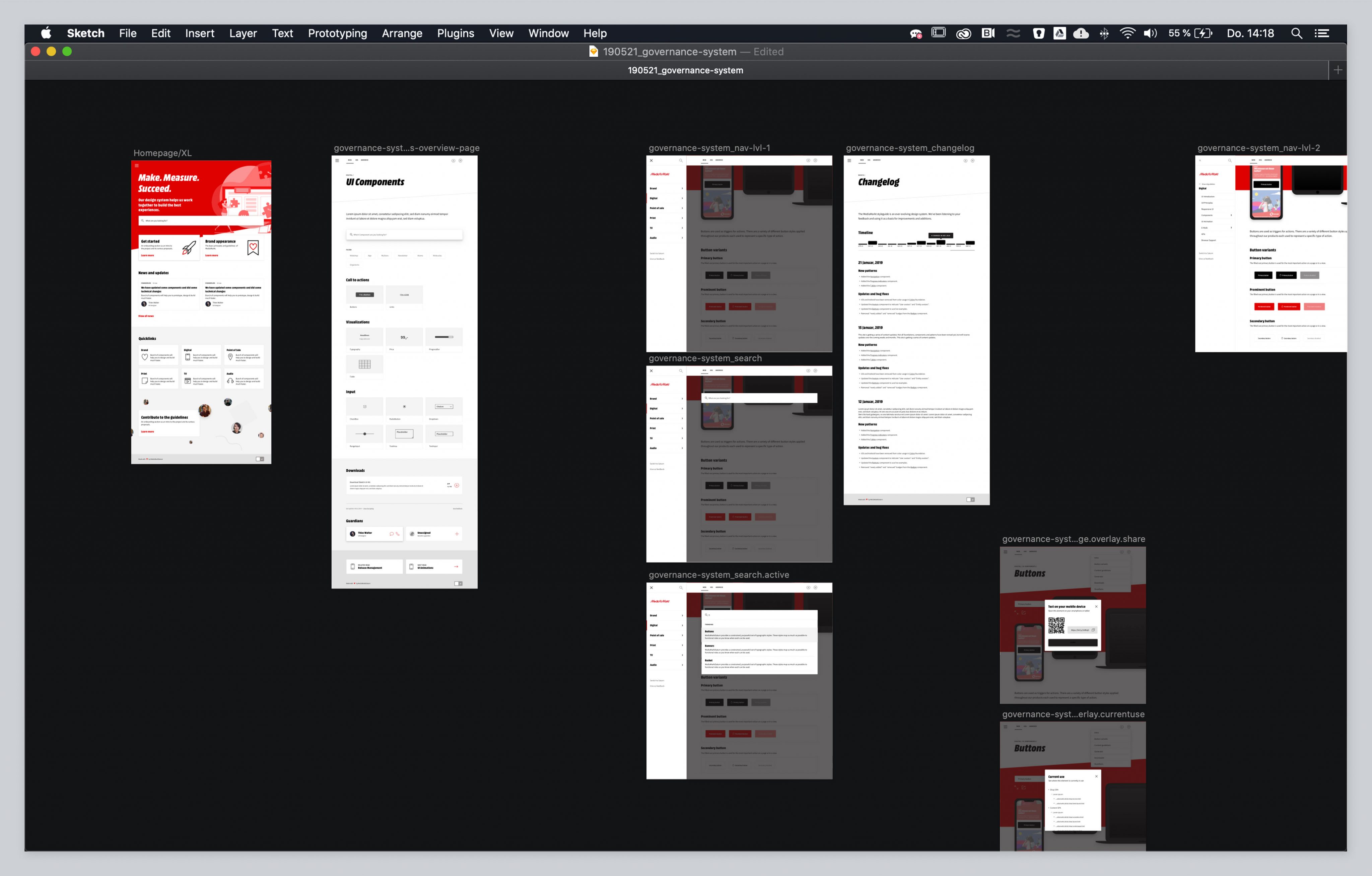 After failing I negotiated to build an MVP with just a minimal setup, but with the requirement that we prioritize features by ourselves to be quick with the development and reduce time spent in meetings.

Since I have a background in coding as well, I basically designed the system directly while coding and reduced the effort to build it by more than 70%.

The idea of the project does put the user first. It also focused on the human-, not on the technical perspective. In the end, it should be meant to be for each and everyone in the company.

The design should be brand-ish but not on-brand. To be able to evolve the brand without sticking to the system itself. So it should only be a platform to present the brands. Not to be the brand.

We as a team of two UX designers put the effort into something, nobody asked for, but everybody wanted. Since we had the complete decision power in the end and reduced the necessary time to develop it, we were able to build the whole system besides our daily tasks. 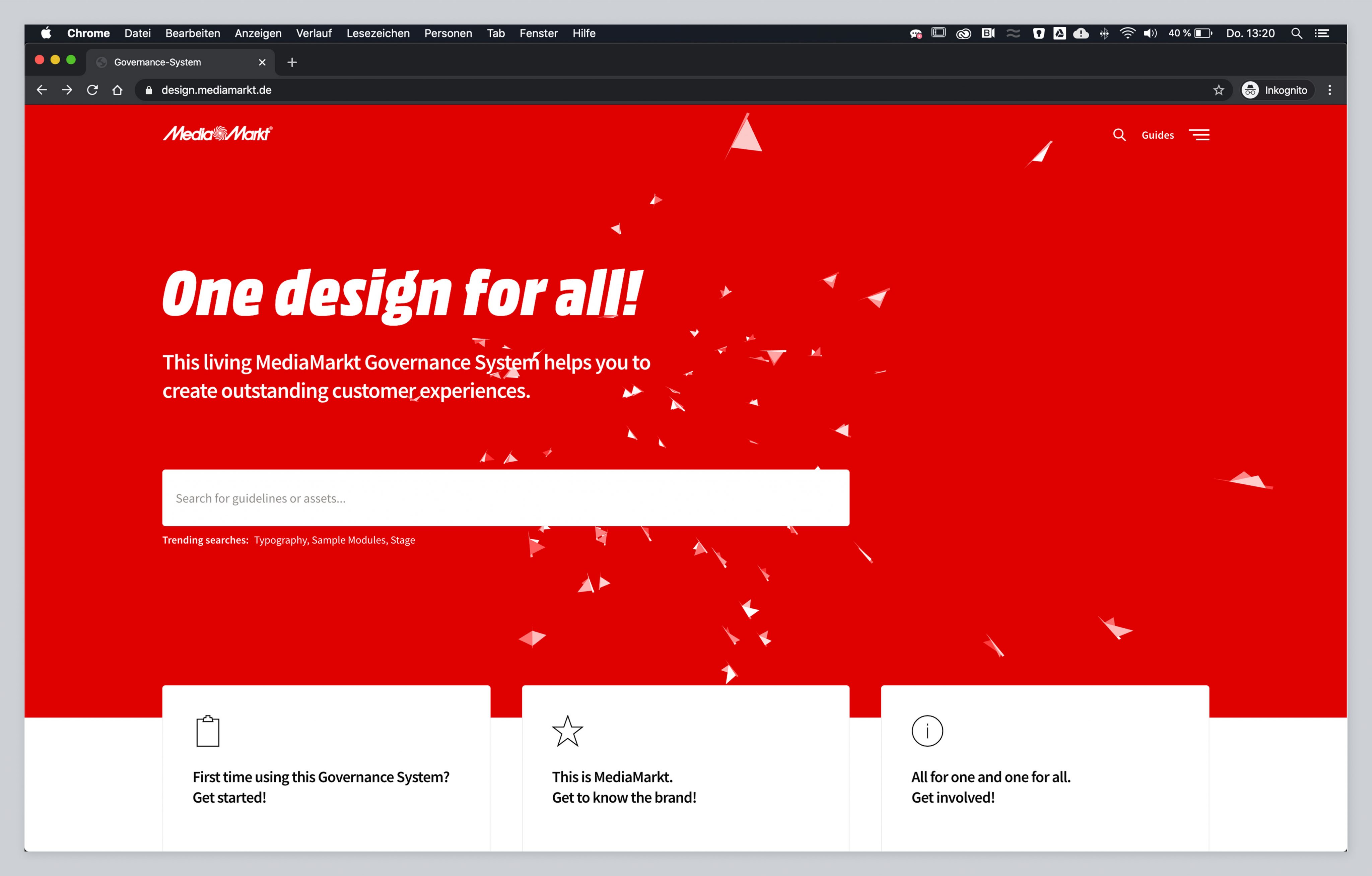 Creating an easy to use system.

Putting the human first means to give maximum guidance to guarantee an understanding and also help the consuming user to find the information he seeks for, at the right moment at the right place. 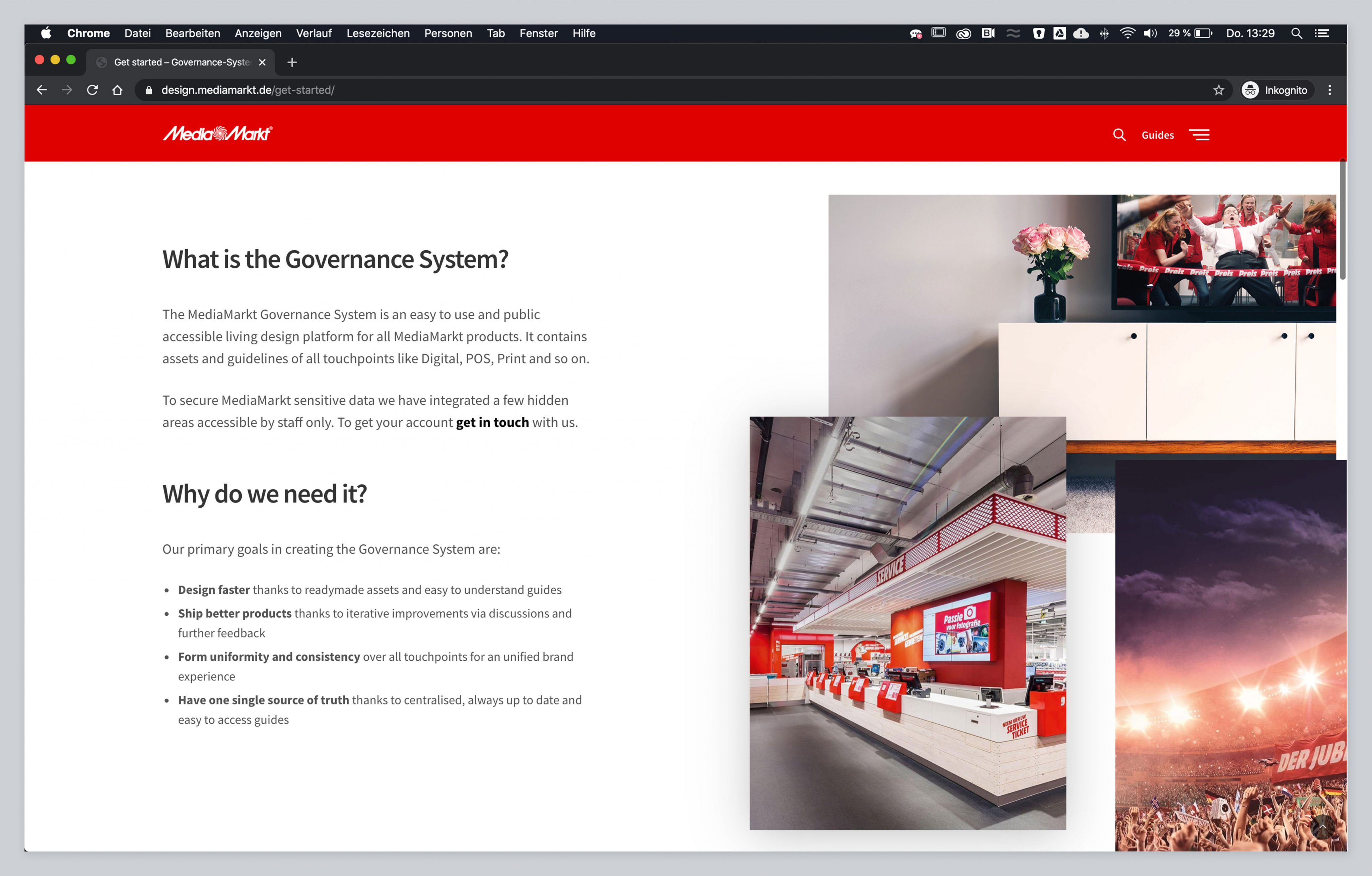 One single source of truth

The old way of dealing with design guidelines was to send around powerpoints and pdfs. This resulted in various outdated files and no one knew what the real guidelines were.

Our goal was to bring all stakeholders to one table and get them to discuss with each other about relevant topics.
With defined responsibilities, they were able to write up-to-date guidelines and implement them into our system with our modular components.

We generated one single touchpoint where everyone knows that all updated and correct information can be found there. 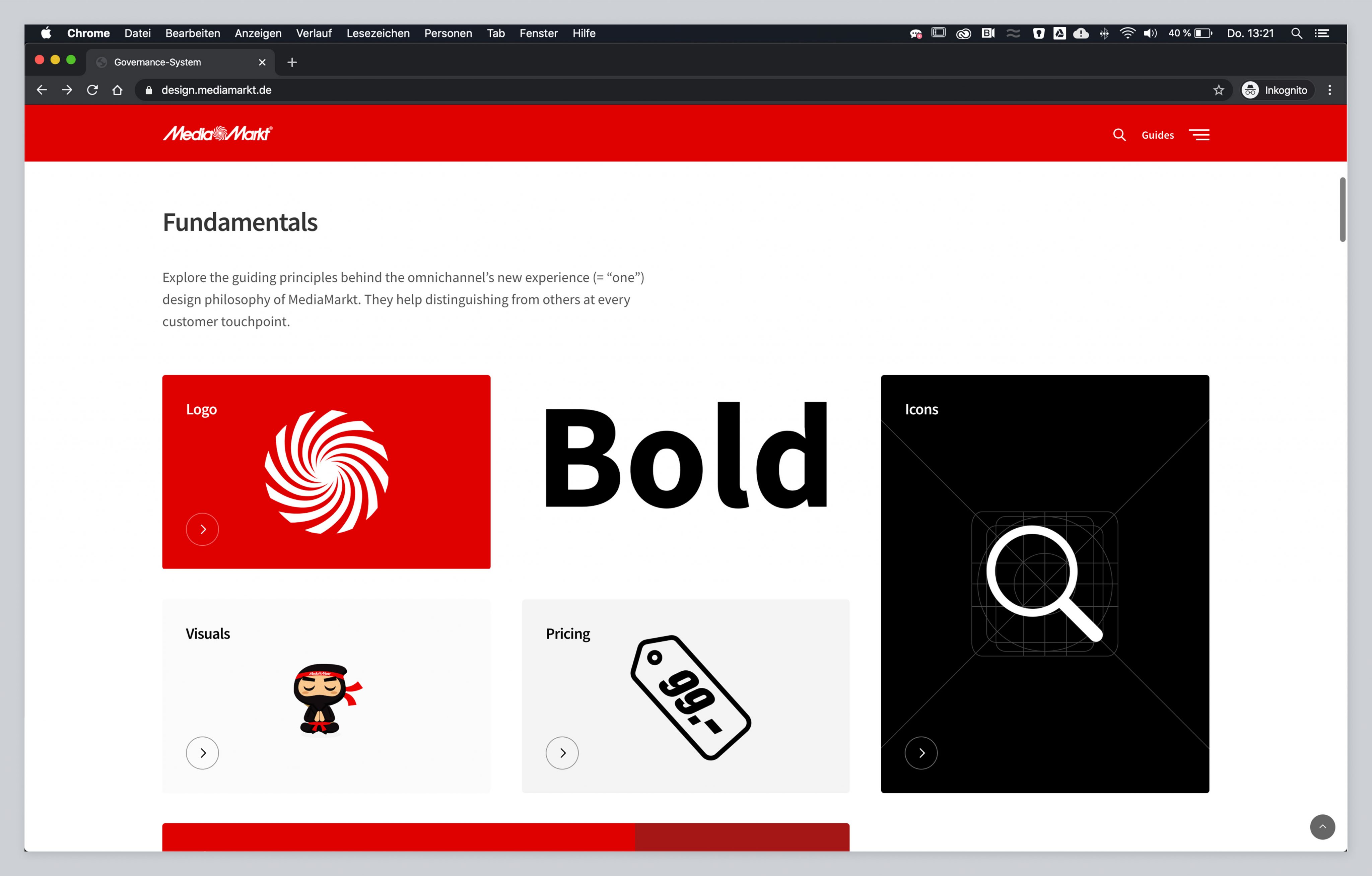 Unite instead of devide

We wanted people to be proud of what they do and identify themselves with their work. Through this empowerment, we generated a drive that got our platform the usage it deserved. 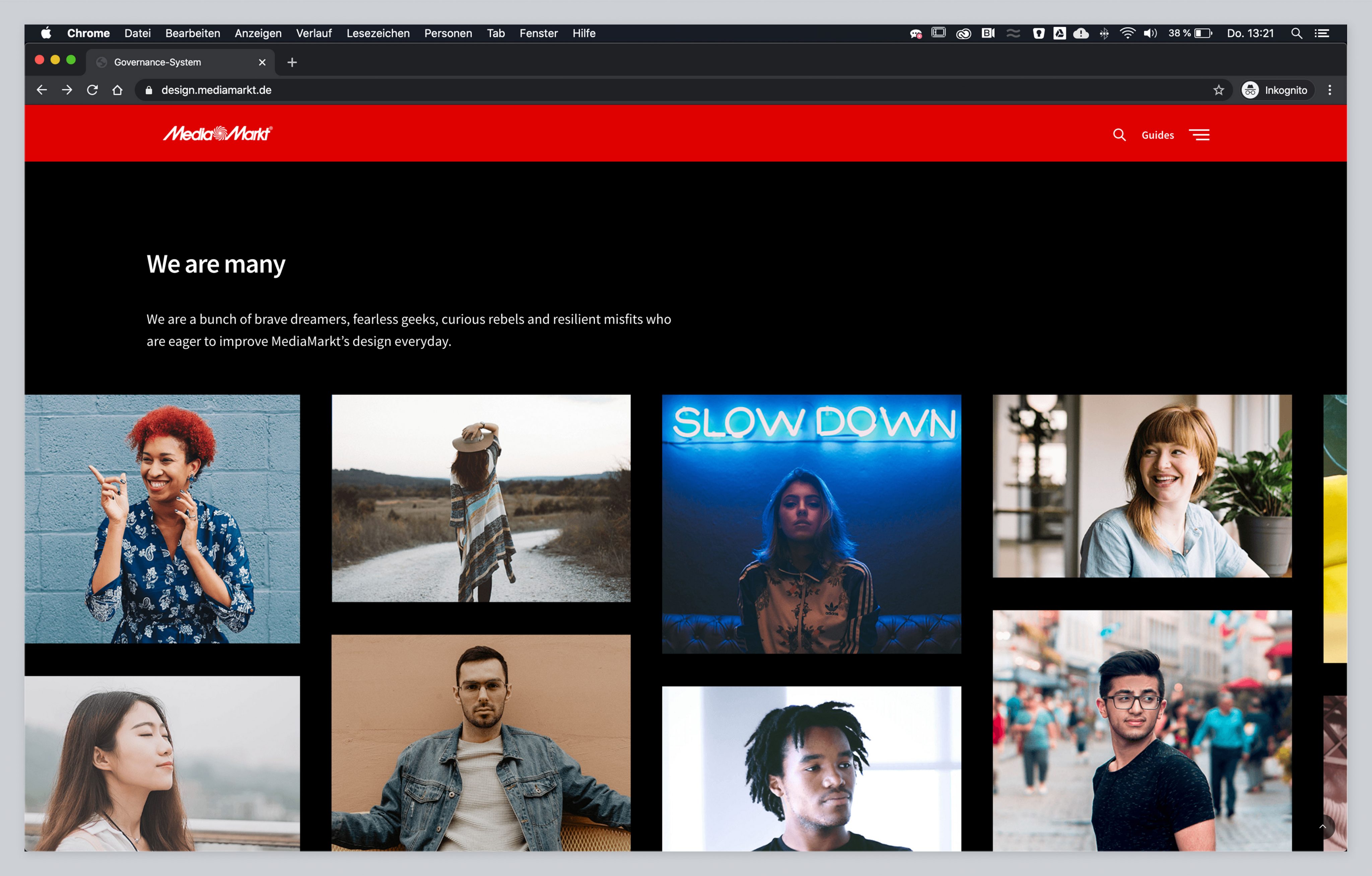 In software development, like in every other job, people are beginning to have professional blindness. Through the integration of many perspectives, the system is understandable for everyone and provides direct contact to the guardians, the people responsible for the topics, so that it can correct itself. 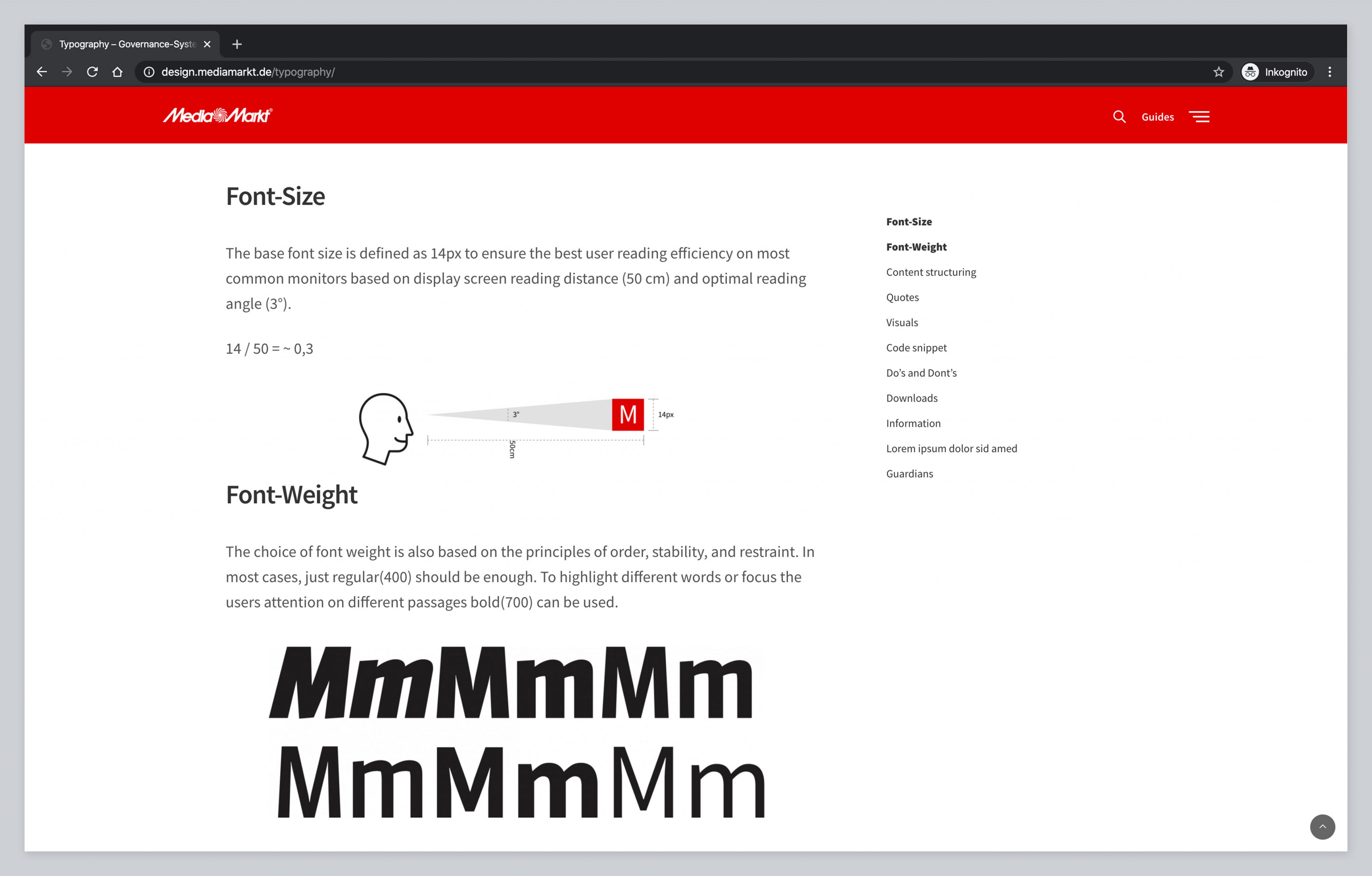 From the overall meta-perspective, it is important to provide detailed information for the specific use of elements in clearly defined use-cases. Do’s and Dont’s, as well as detailed information for elements, help with this task. Additionally, the system can be used by designers and developers to extract precise data: Preview on different viewports and inline code presentation help to fulfill these needs. 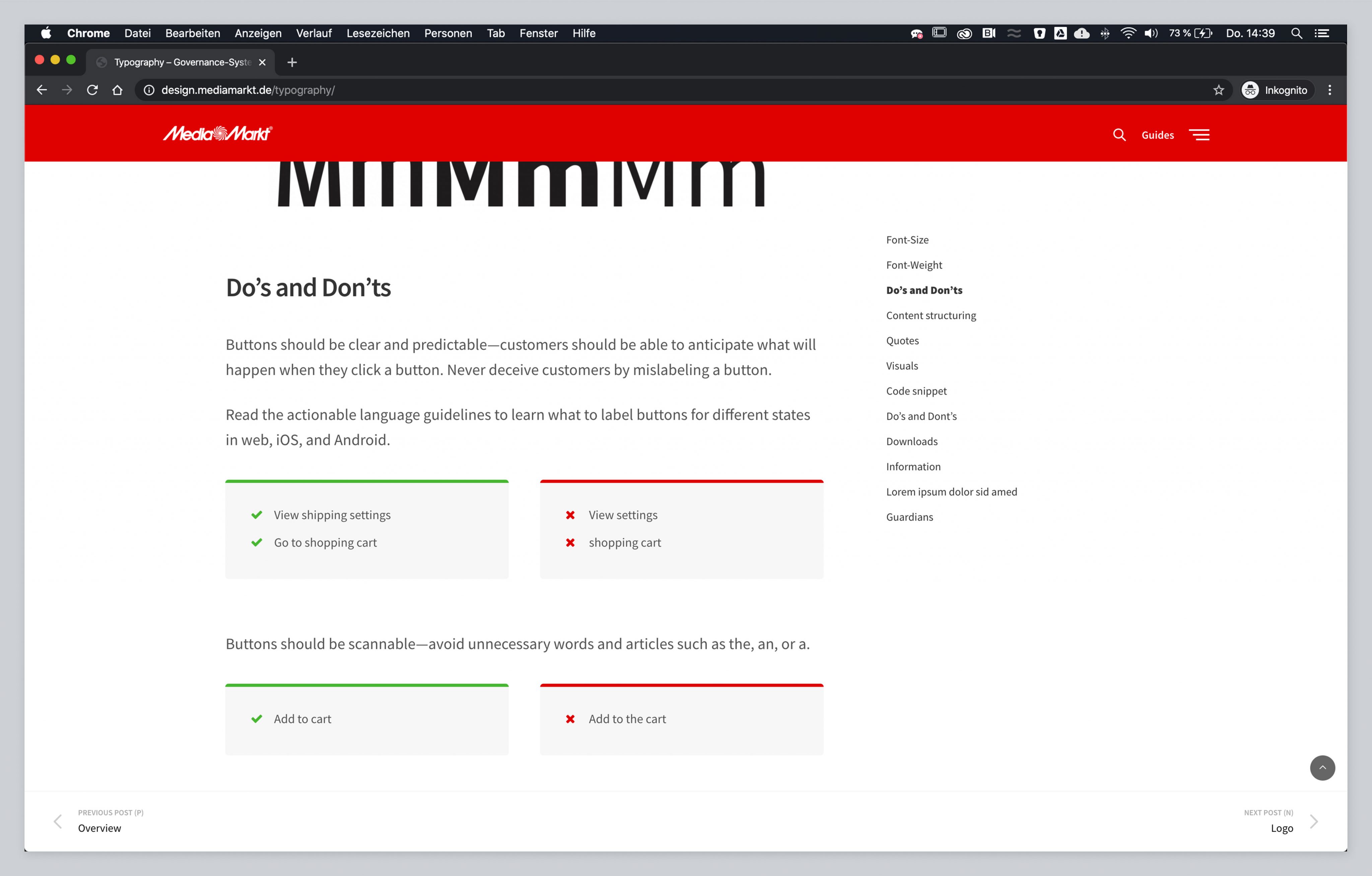 As I mentioned before, we nominated guardians. People who are experts in their topic, who can discuss and argue about their specific field. The goal is, to have a minimum of two people responsible for one page. The contact element provides expertise behind one click. 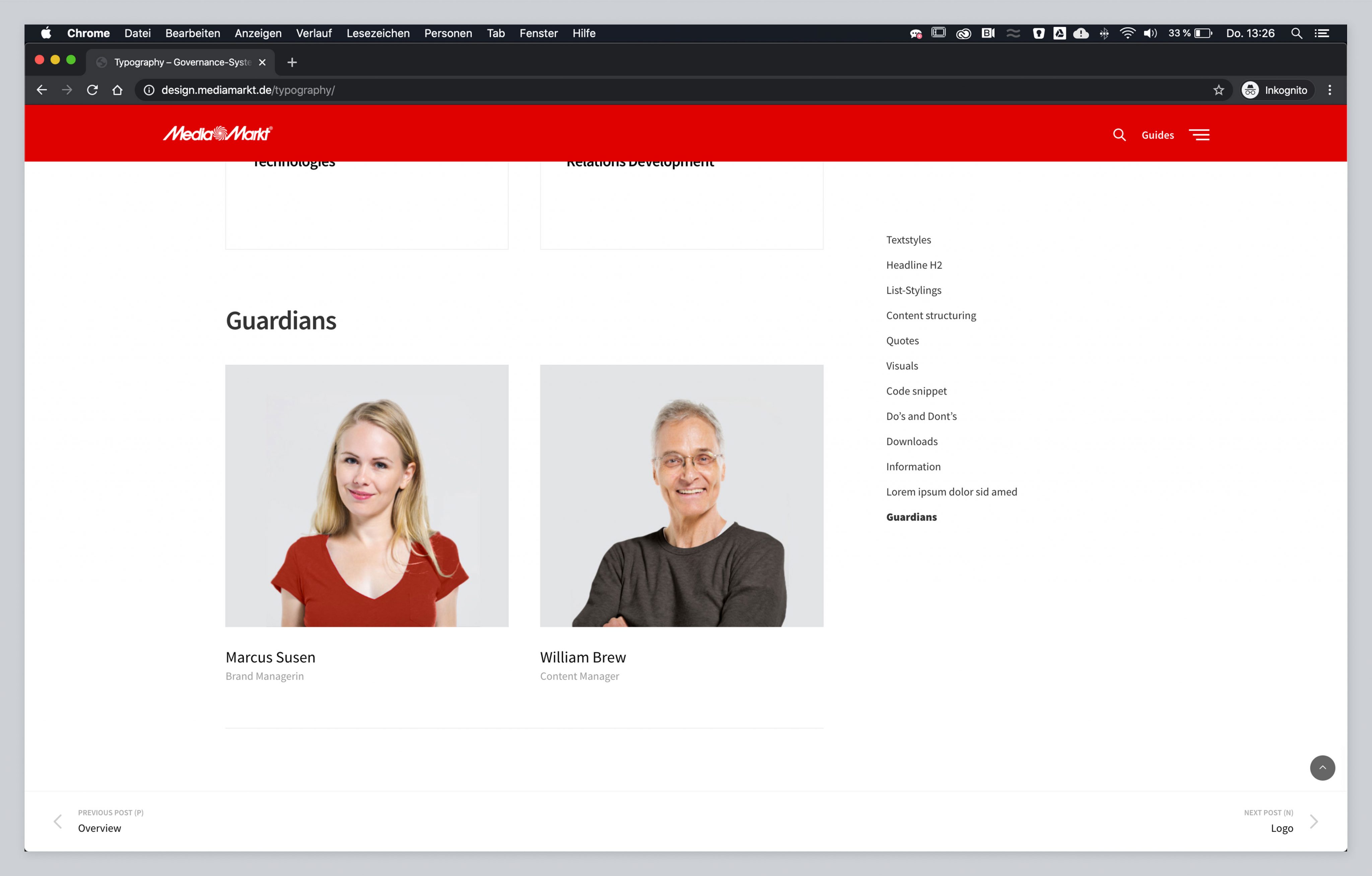 In a fast development pace, you always begin to work with assumptions, which you then test and verify or iterate.

But does it fulfill the needs, or do you want to get short feedback from people who are working with the brand?

We developed a simple testing tool on the page, where guardians can ask a specific single question and get the feedback of every member of the platform. Enabling this feature for a specific time and combining it with a notification system helps to get feedback on all new brand-related developments. 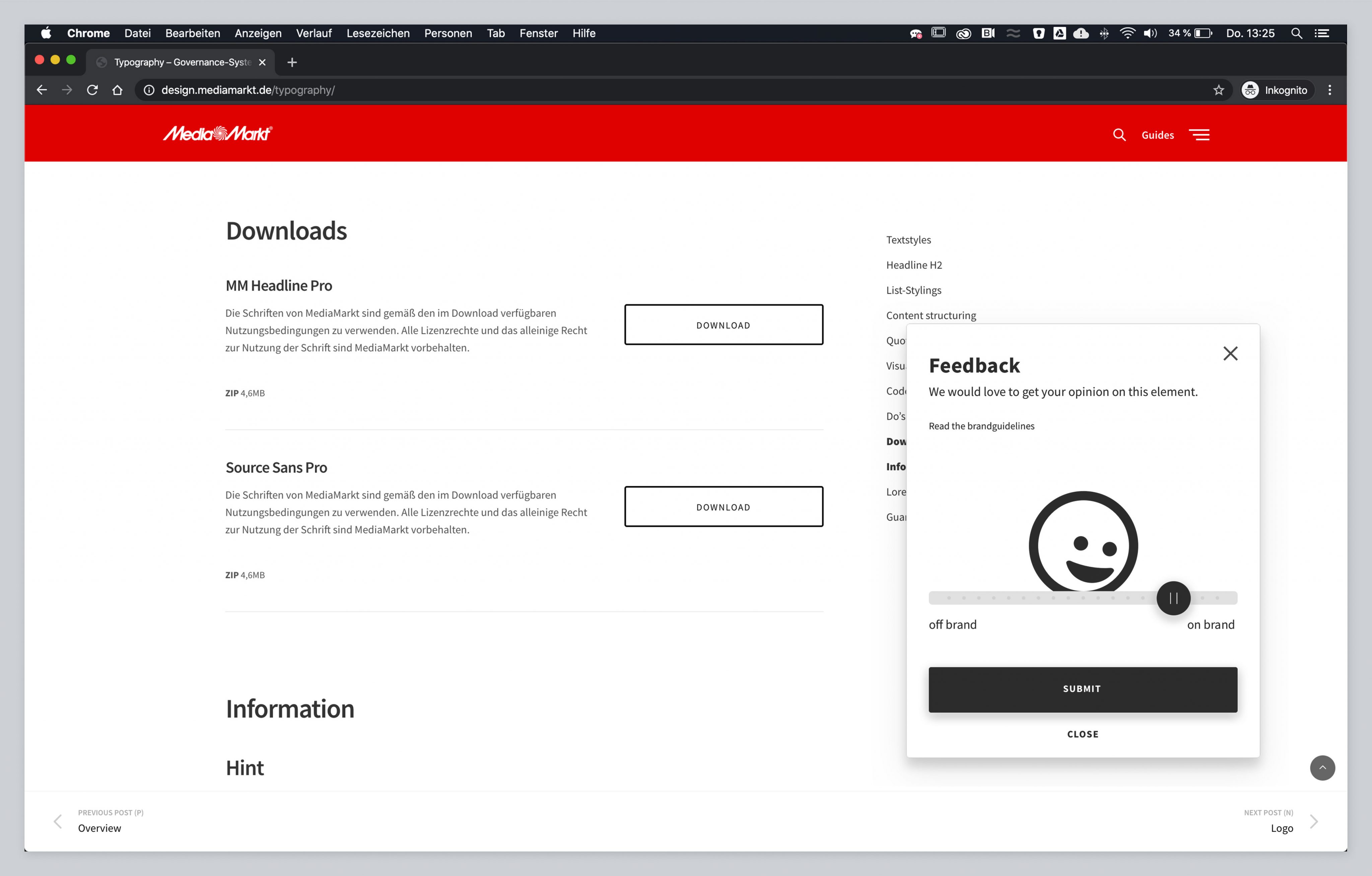 The time of OLED brought the dark mode and people began to think about adaptive displays and night shifts. As a UX driven person, I am aware of perceptual psychology and not just since the raise of OLED I try to give the user a perfect balanced experience, no matter when he wants to use a service I designed. It is not just fancy – it is also useful. (and just cool)

Even if an idea fails at first it can still be a success in the end. Eliminating unnecessary time sinks and optimizing our workflow for this project gave us enough time to create a cool product in the end. We realized that uniting stakeholders that are used to go against each other and give them a mutual vision can be beneficial for everyone. 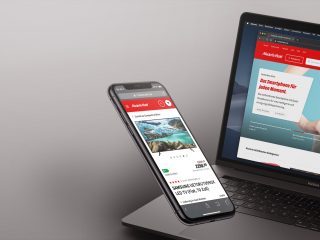 Previous Project (p) How might we achieve an effective design process? 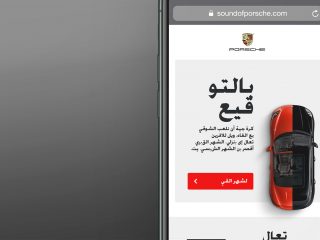 Next Project (n) How might we simplify promoter conversations?